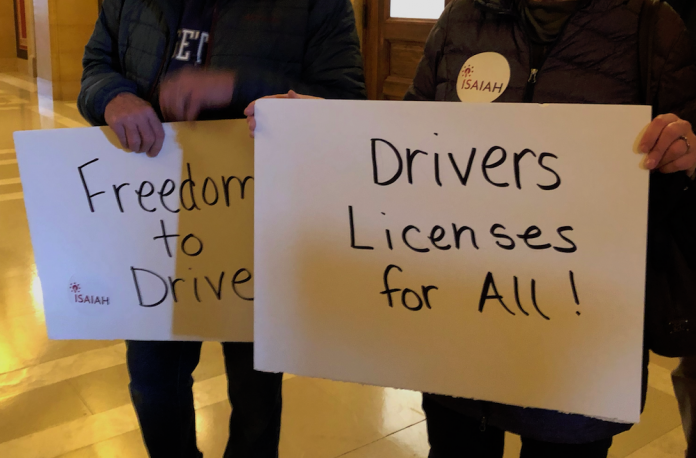 Approximately 30 Montevideo residents bussed to the state capitol late last week to lobby for HF 1500, a bill that would allow undocumented immigrants in Minnesota to obtain a drivers license. Twelve states currently have similar policies.

It was possible for undocumented immigrants in Minnesota to obtain a license until the law changed in 2003.

The group met with Senator Andrew Lang, who opposes the policy.

“I wouldn’t support drivers licenses for all,” said Lang, “I’ve been pretty vocal about that. There are ways that people can legally drive while they are pursuing their citizenship.”

Cristina Aldana, a pastor at the New Jerusalem Pentecostal Church in Montevideo, was present at the meeting with Senator Lang. She said there isn’t a clear path to citizenship for many Montevideo residents. She also said the policy change would be good for public safety.

Minnesota employers rely on immigrant workers to serve their customers. To do this safely, workers should complete driver’s license training, testing and licensing requirements, including securing insurance. We believe this will make roads safer for all drivers.

More information on the status of the bill is available here.