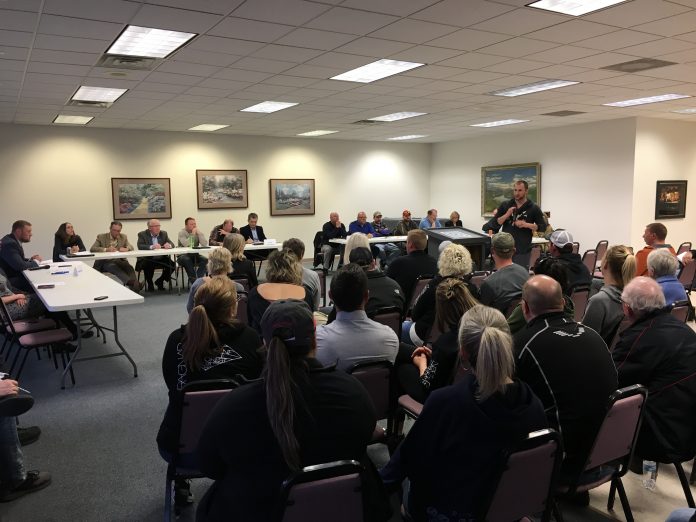 The Montevideo City Council and the Chippewa County Board of Commissioners on Monday night approved the purchase of the old Coborn’s building by the Chippewa County Montevideo Hospital for the creation of a new community health club. Approval from both the City Council and the County Board was necessary before moving forward with the $750,000 purchase agreement. The City Council voted unanimously in favor of the purchase. The County Board passed the motion by a vote of 3-2, with commissioners David Nordaune and Jim Dahlvang opposing.

The vote came following a community discussion that lasted for over an hour and a half. Local business owner Kevin Wald spoke on several occasions, urging the council to delay the purchase agreement for four weeks while he assembled a proposal to build the health club downtown. Hospital staff repeatedly stated their preference to keep the new facility within 250 yards of their current building, due to Medicare reimbursement regulations.

CCMH will be distributing a survey in the coming weeks to gather feedback on specific features the community would like to see in the new club. Renovation is expected to begin this summer. The facility has an anticipated opening date of December 2019 or January 2020.