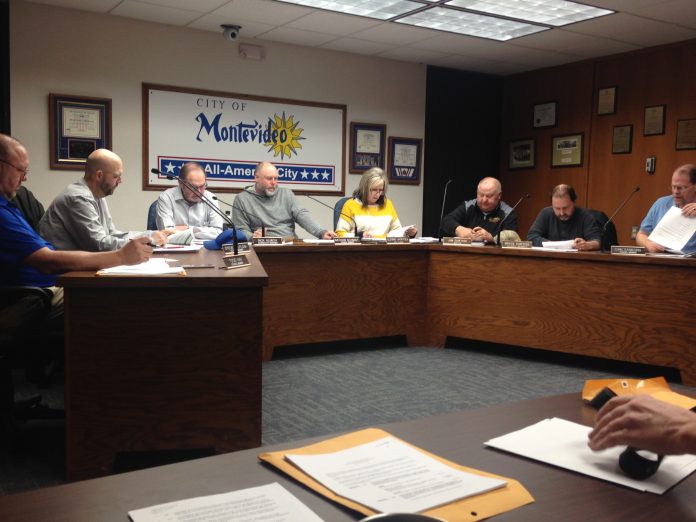 The Montevideo City Council met Monday night at 7pm at City Hall. A new police officer, Brian Harper, was sworn in at the beginning of the meeting. Harper attended high school in Renville and started work on April 8th.

A large portion of the meeting was spent selecting city manager finalists to invite to a two-day, multi-part interview on May 30 and 31. Twenty applicants applied for the position. The council will invite five to the final interview. The names of the finalists have not yet been made public.

The council also discussed cost estimates received from three architectural firms for the construction of a new public works facility, but no final decisions were made.

At the end of the meeting, council member Dan Sanborn said he had heard from several residents asking about the possibility of a traffic light at the intersection of Highway 7 and County Road 15, near Cenex and the Credit Union. Council members agreed it was worth looking into, as the new school and veterans home will lead to additional traffic at the intersection. The first step in that process is asking the Minnesota Department of Transportation to conduct a traffic study.