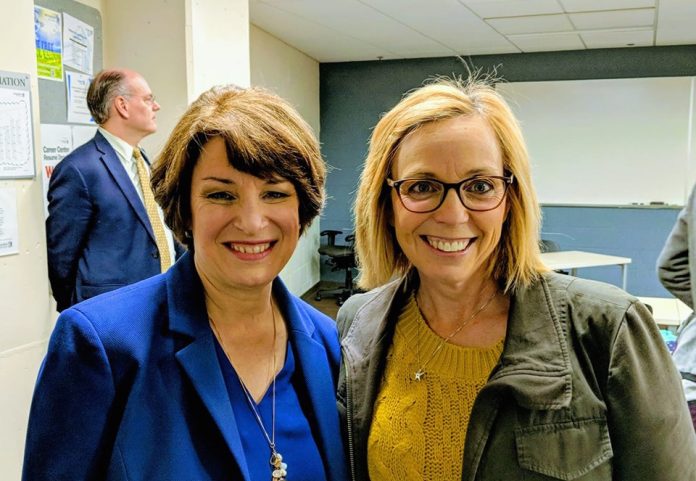 “I randomly got a call around supper time last week from Senator Klobuchar’s presidential campaign office – and that voicemail always takes you off guard – asking if I would be her guest in Miami for a really historic presidential debate,” said Elkington.

Elkington first connected with Klobuchar through her work as an advocate for legislation to address the opioid epidemic. Her daughter Casey died in 2015. She had become addicted to opioids after being prescribed pain pills for Crohn’s Disease.

Elkington said she was impressed with the event. “I think the moderators did a good job giving them all a chance to present their policies. I liked the fact that they didn’t do a lot of attacking of each other. They kept to the issues,” said Elkington.

Elkington said her main concern was how the candidates planned to respond to the opioid epidemic. “Senator Klobuchar has really engaged me with her plans. They’ll call and ask what I think, and I’m always honored to be a part of the process,” said Elkington.