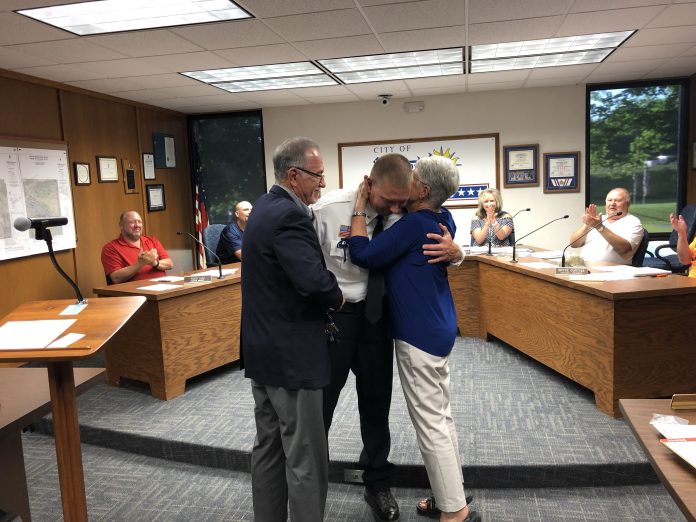 Montevideo Police Chief Ken Schule took his oath of office at the Montevideo City Council meeting on Monday night. Schule has worked for the City of Montevideo since 2004 in a variety of roles including police officer, sergeant, and captain. He holds a degree in law enforcement from Alexandria Tech. He had been serving as Interim Police Chief since former Chief Adam Christopher resigned on January 15.

“Ken Schule embodies the core values, leadership attributes and style, experience, and managerial acumen which we believe is the best fit to lead our Police Department into the future.  In addition to having a critically important trusted rapport with the police department officers and staff, Ken has built high-value important relationships with key partners in other local, regional, and statewide law enforcement agencies, in addition to other partners and stakeholders in the region’s criminal justice system, and with local residents and businesses.”