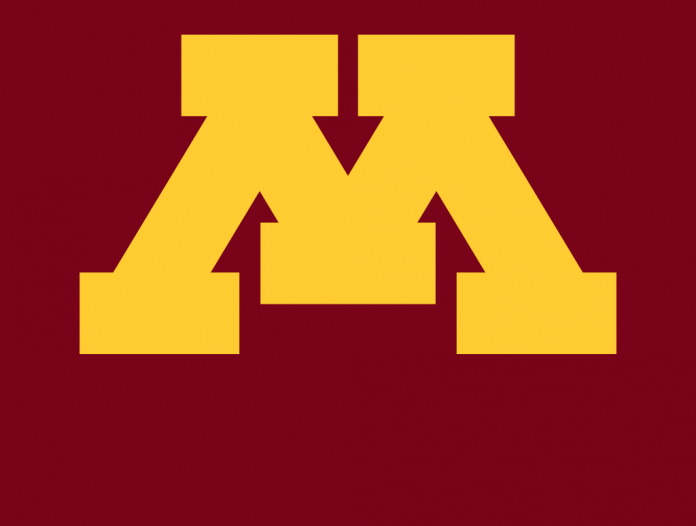 The 2019 University of Minnesota Farm Family Families of the Year were recognized last week at Farmfest in Redwood County. The Farm Family Recognition Program has existed for over 30 years and honors families across the state for their contributions to the agriculture industry and their local communities. Below, find information from the University of Minnesota on each family recognized within the KDMA News listening area.

The Lee farm made its roots in the 1940s in western Minnesota’s Chippewa County. Jerry’s family originally started farming by Dawson. In 1974, Jerry and Ruth Ann moved near Watson to farm. Their son, Jason, joined the operation in 2009.

The Lees grow corn, soybeans, alfalfa and grass on about 1,150 acres. Jason, along with his wife, Autumn, and their children run a commercial cattle herd along with registered Herefords dating back to Jason’s grandfather’s original herd. The family has a commercial sheep flock and a flock of registered Katahdin Hair sheep. They raise Great Danes and care for a few farm cats, chickens and ducks.

A big challenge for the Lees over the years has been the Chippewa River that flows through their land. The river and the erosion it can cause, especially after a major rainfall, resulted in the Lees making a significant investment into erosion control. The family worked with several local agencies to establish erosion control measures along the river bank. The effort was so successful the Lees were honored as the 2018 Chippewa Soil and Water Conservation District Conservationists of the Year.

The Lees are involved in the Watson Lions Club and their local corn and soybean growers associations. They are active in their church and the children participate in many different project areas through 4-H. Ruth Ann is involved in the Montevideo Cultural Diversity Council.

Today the Weber farm is a grain and cow-calf operation. They raise corn, soybeans, oats, alfalfa and cover crops. They are transitioning some of their land to organic.

Rod and his son, Tyson, are grain and cattle operators. Tyson is making the organic transition. Rose is involved with the grain side of the farm.

Rose is a member of the Lac qui Parle fair board and a supervisor for the Lac qui Parle Soil and Water Conservation District. She works part time at Henslin Auctions. She calls Bingo for the Madison VFW and is treasurer for the Garfield Lutheran women’s group.

Darrell started farming at age 16 when he rented his first 200 acres and purchased his first set of sows. In his early 20s, Darrell bought his first 240-acre farm and building site. He continued to operate his farrow-to-finish hog operation and added his first line of equipment. Darrell made farming his lifetime career raising cash crops, hogs and cattle. Darrell also did custom work for others and became an auctioneer with his father, Clem. The two operated Porter Livestock Auction, the Regnier Auction Service and the Canby Livestock Auction.

Darrel and Dawn Regnier have six children and eleven grandchildren. Their daughter, Megan, and their son, Cole, along with his wife, Kate, joined the operation with their own cow/calf herd and cash crop production while maintaining off-farm employment and working with the auction business. Cole and his brother, Jed, are also auctioneers. The involvement in the next generation of the family has resulted in the implementation of new technologies and new practices on the farm and in the auction company.

Darrell and Dawn have been very involved in local 4-H. They both served as club leaders and on the leadership council, livestock committee, the ribbon auction committee and the local Extension committee. They also support the local FFA and their church. Darrel, Dawn, Megan, and Cole are members of the Midwest Cattlemen’s Association and the Minnesota State Cattlemen’s Association.

Steve started farming with his parents in 1984 and Lisa joined the operation in 1996 when she and Steve were married. They are the fourth-generation farmers in the Murdock area of Swift County raising many different types of livestock.

Steve and Lisa, along with their children, Morgan, Matthew and Marc, run a corn, soybean, alfalfa rotation on 1,750 acres in Swift and Chippewa counties.

Steve and Lisa operate the farm together. Steve handles the day-to-day work and is a seed salesman for Nutrien Ag Solutions. Lisa takes care of the books and helps where needed. She also works part-time at Lamecker’s General Store.

Steve has served on the Kerkhoven-Murdock-Sunburg School Board for 10 years and the Sacred Heart Church Council for more than 10 years. He’s also been a member of the All Area Faith Community Church council. Steve has been with the Murdock Fire Department and Murdock First Responders for almost three decades. He is a past member of the Swift County Farm Bureau board, Swift County Corn and Soybean Growers board and the Farm Bureau Young Farmers and Rancher Committee. Lisa participates in her church’s Council of Catholic Women’s group. Both she and Steve are involved with local 4-H and FFA activities.

Dean and Marj Schroeder are both fourth-generation Renville County farmers. Their ancestors emigrated from Norway, Sweden, Germany and Bohemia in the mid-to-late 1800s settling in the Renville County townships of Flora, Sacred Heart, Osceola and Palmyra.

The Schroeders raise corn, soybeans and wheat using strip-till and no-till farming practices. They seed a variety of cover crops.

Dean and Marj, along with their children Rachel and Macius actively farm together. Rachel has a degree in animal science and Macius in crop and weed science.

Over the years, the Schroeders have been very involved in 4-H and FFA. They are members of Middle Creek United Methodist Church. The family enjoys attending educational conferences and networking within the agriculture industry. Dean is currently a supervisor with the Renville County Soil and Water Conservation District.

The Paulson farm was established in 1939 when Arnold and Irene moved to Atwater in Kandiyohi County. They milked Shorthorn cows and raised Yorkshire pigs. In 1981, Arnold and Irene’s son, Rob, and his wife, Betty, took over the operation and continued to milk and raise pigs. Rob also raised hay, oats and corn to feed his animals.

In 2002, Rob and Betty’s son, Jeff, began running the farm. Today, Jeff and his wife, Tammie, milk a herd of shorthorns and farm 150 acres of hay, oats and corn.

Jeff’s parents are still involved in the farm. Rob drives tractor and helps with other chores as needed. Jeff’s mom, Betty, is in charge of cleaning the milk house and lawn mowing. Jeff handles the daily milking and is the farm’s main decision-maker. Tammie assists with chores, baling and driving tractor. Jeff and Tammie’s two children, Morgan and Matt, help in the farm’s success as well. Morgan will be a junior at the University of Wisconsin-River Falls, pursuing a degree in dairy science. Matt is going into his junior year at Atwater-Cosmos-Grove City School.

Morgan is involved with 4-H and FFA. She’s been a Kandiyohi County Dairy Princess and Minnesota Milking Shorthorn Queen. She’s served as a 4-H State Ambassador and is involved in a variety of dairy activities. Matt is very involved in 4-H and FFA and he golfs, plays basketball and participates in trap shooting. Both Matt and Morgan are members of the youth group at their church.

Joel is a fifth-generation farmer working alongside his father, brother and two uncles raising corn, soybeans and peas. Joel graduated from South Dakota State University with a degree in agriculture business. He began his professional career as a 4-H program coordinator, then worked as a lender and a crop risk management consultant before returning to the family farm 10 years ago. In 2012, Joel married Amanda and they have two children, Leo and Lucy.

Joel is involved in a variety of agriculture organizations including the Minnesota Farm Bureau Federation, Minnesota Corn and Soybean Growers Associations, local 4-H and FFA chapters, ProAg of Renville County and the Redwood Falls Chamber Ag Committee. Joel is a Class IV graduate of the Minnesota Agriculture and Rural Leadership program.

Ben and Stacey are the fourth generation of the Ludeman family to operate their farm near Tracy in southwest Minnesota. The farm was first purchased by Ben’s great-grandfather in 1904. Ben’s grandparents, then his father and two uncles, ran it as a diversified grain and livestock operation.

Today, Ben and Stacey, along with one full-time employee and seasonal help from Ben’s uncles, grow corn and soybeans. They also manage two swine finishing sites and run an LG Seed dealership.

Ben oversees the operation and handles seed sales. Stacey manages the bookkeeping and helps wherever she is needed. Their children Kendra, Brooklyn and Sheridan help with sorting hogs, stacking seed, picking rocks and other chores around the farm.

Ben serves on the Tracy School Board, Amiret Township Board and the Tracy Ag-Ed Council. Stacey is involved in a variety of school committees including, athletic boosters, after-prom committee and Junior Olympic Volleyball. The entire family participates in area horse shows and 4-H.

Click here for more information on 2019 UMN Farm Families of the Year.