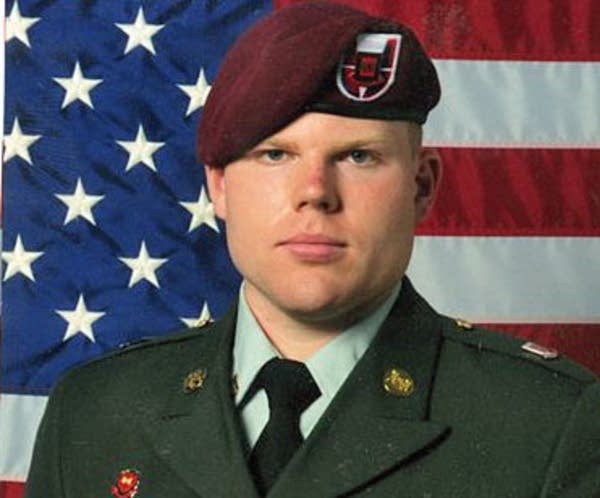 In a ceremony on Sunday afternoon, a portion of State Highway 23 in Kandiyohi County was officially designated Ryane Clark Memorial Highway. Army SPC Ryane Clark, a native of New London, was killed by a rocket-propelled grenade during his 2010 deployment to Afghanistan. Clark was a 2007 graduate of New London-Spicer High School, and studied law enforcement at Alexandria Technical and Community College before joining the military.

The legislation to rename the road in Clark’s honor was introduced by Senator Andrew Lang and passed unanimously in May. Senator Lang stated, “Designating this stretch of Highway 23 in SPC Clark’s memory makes sure his legacy is an ongoing part of our community. I know I will take a sense of solace and pride when I drive past the signs along the highway and think of him and others that have given us the gift of freedom.”