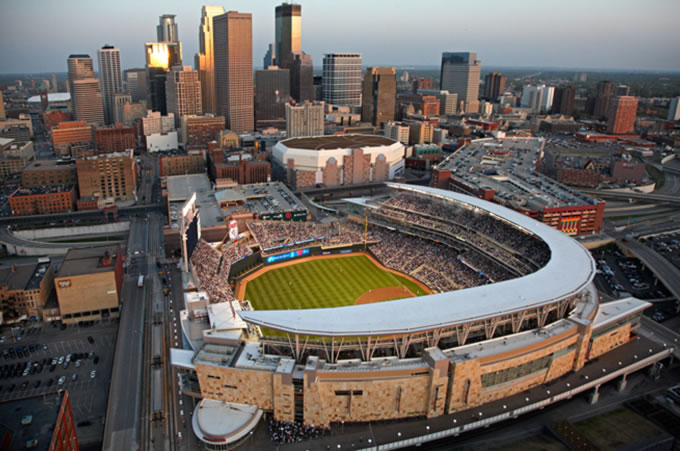 (Minneapolis, MN)  —  Target Field is now ranked as one of the top ballparks in the nation.  The Boston Globe poll ranks the Minneapolis venue seventh in the country.  One of the five-beat writers who responded in the survey said he was impressed that developers squeezed a stadium into what was once a parking lot.  Another writer said the Twins built a beautiful park after years at the inelegant Metrodome.  The top three ballparks in the study are San Francisco’s Oracle Park, Boston’s Fenway Park, and Baltimore’s Camden Yards.