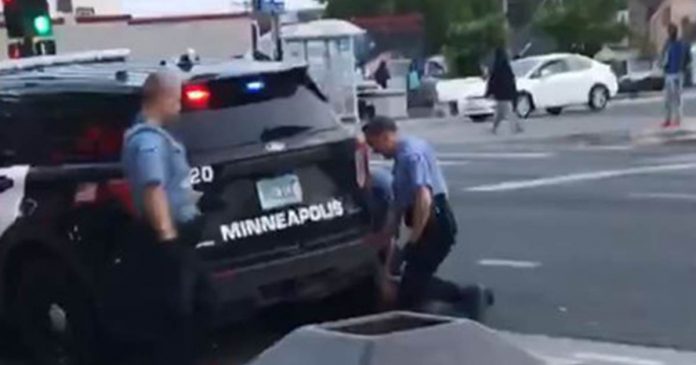 George Floyd was arrested Sunday night for an alleged forgery at a grocery store called Cup Foods, not to be confused with “CUB” Foods. Officers say he resisted arrest before one of the officers pinned Floyd to the ground and knelt on his neck.

A viral video shot by a bystander shows Floyd struggling, and repeatedly saying that he could not breathe before losing consciousness. The officer continued to kneel on Floyd’s neck until medical personnel arrived. Floyd later died at the hospital. (Above: A makeshift memorial for George Floyd near the scene of the incident)
An independent source has identified the two Minneapolis Police officers shown in the video as Derek Chauvin and Tou Thao.