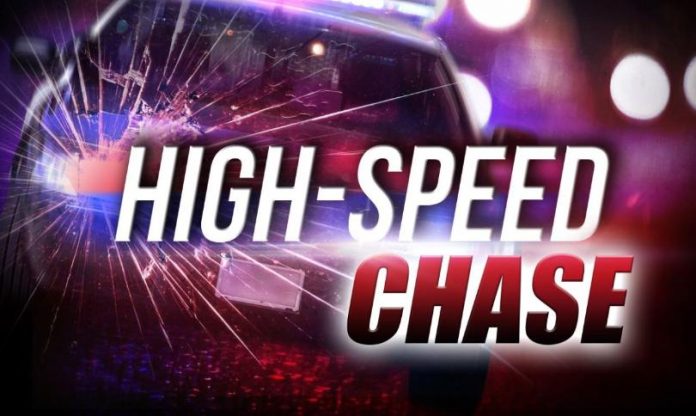 (Montevideo, MN) — On 6/7/20, at approximately 5:15 PM, the lac qui Parle Sheriff’s Office dispatch center received a call of a suspicious male in the 800 block of first avenue Madison MN. Caller stated the person appeared to be under the influence and broke a window out inside Faith Lutheran Church.

A short time later, a second call of a vehicle stolen in the same area was reported. A short time later, this vehicle was located by a Dawson Police Officer eastbound on Highway 212. A stop was initiated and the vehicle pulled over.

After the vehicle pulled over, it took off again eastbound and a pursuit was initiated.The pursuit continued eastbound on Highway 212 at speeds over 100 MPH. Spike stripes were deployed by Montevideo Police Department and were successful in deflating 2 of the tires. The suspect and vehicle came to a stop by the Fiesta Motel in Montevideo, and after a short foot pursuit, the suspect was taken into custody without incident.