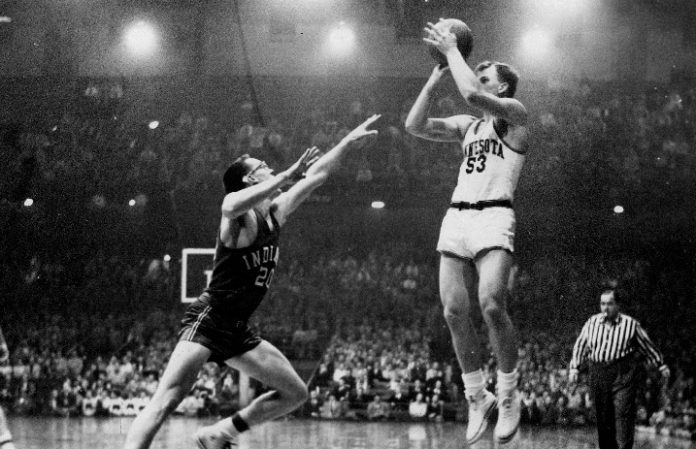 (Tulsa, OK)  —  A former Gopher All-American basketball player in the 1950s has passed away.  Dick Garmaker averaged 24 points in his senior season and earned first-team All-Big Ten and All- America honors in the 1954-55 season.   The six-foot-three swingman was drafted by the Minneapolis Lakers in the 1955 NBA draft and became a four-time All-Star.  Garmaker played six years in the pros before retiring to start his real estate career.  He was 87.